I am currently writing a new song with Brian K.  He is an amazing drummer, has great ideas, and I love working with him.  He and I wrote the Fun Fearless Female – WOW the WORLD theme song.  The new song is God’s Miracles and the bridge, (or section in the middle for you non-musicians) says:

There no such thing as Coincidence,

No there’s no such thing as Coincidence,

I say there’s no such thing as Coincidence,

God is in charge of all!

You see, I just don’t believe in Coincidence. Here’s just one example. Let me I share a story with you. An amazing ‘Non Coincidence’ happened last week and it is such a God thing. Of course it started months ago, but I didn’t know it.

Last Spring while in KC, I ‘happen’ to run into my friend and former Pastor, Phil T., who has retired since we moved away and I hadn’t seen him in several years. We exchanged information, and he put me on his email list.

He sent me an email last week with a video and it touched my heart.  As a matter of fact if you read my last post you know about that video, and if not,  you can go back and read the post and watch it.  It is about an amazing young woman, Jen Bricker. After watching it I  kept thinking about her and her story, and I just had to find out more about her, so I googled her (if you want to know anything you ‘google’ it, right?).

I looked for her on FB and found her page and a twitter link.  It said ‘send me a tweet’, so I did.

Let me say that Jen has been interviewed on several top shows, including Good Morning America, interviewed by Bryant Gumble, and a list of accomplishments… well… too long to post here.

She now lives in LA, which is just around the corner from Vegas, so I sent her a tweet. I explained that her story had really inspired me and I believe it could touch many others as well. I told her I’d love for her to join our FUN FEARLESS FEMALE – WOW the WORLD Conference in Las Vegas.

Now another ‘Non’Coincidence’… she answered and said she would love to talk about it….

I am so excited to see how God is going to continue to work, see what doors He opens, and what He has in store.  He blew my mind with this one.

I truly believe that when we pay attention and are watching for Him,  we will see so many ways that God is at work around us. The incredible thing is that He invites us to join Him.  This has to be Him, because I would never have come up with this idea. . . It is His!

So watch out Las Vegas, God is moving, touching lives and I am excited to be a part.  Won’t you join us?

Tickets and info can be found at

(OH and BTW – if you are a ‘closet’ songwriter, professional, or want to be… see my link to an amazing woman, LYNN BARRINGTON, my friend and coach.)

Question:What ‘Non-Coincidence’ have you experienced lately?

TALK to me – I’d love to hear from you!  (see Comment box below) 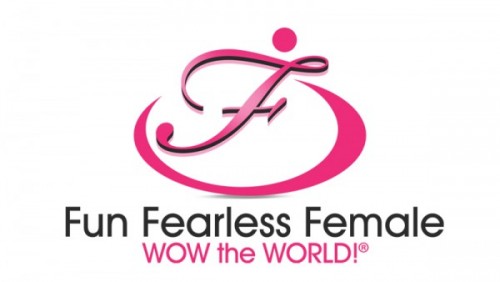 If you are stuck in any aspect of your business, I welcome you to schedule a complimentary Discovery Session with me to identify the ideal solution for you.

You have Successfully Subscribed!